We will never live in a period when there were no easily accessible peer-review studies for every imaginable thought. There were very simple, very basic instances of life that could set straight every hair on the thinking man's head. And the further we go back in time, the harder it is for me to imagine just how beautiful things could be. I want to know what it's like to not understand a single thing about the universe surrounding; to look at stars in the sky and be absolutely floored by the possibilities. Are they bugs? Are they others like me, lighting fires for warmth? Are they smaller suns? Why does that large white circle turn ever so slightly along with them, all in unison? Are they moving or am I?

It used to be okay to kill in the name of something reasonable. Someday that kind of thinking will come back. It always comes back. Has to come back.

"Hell is other people."

Like a Japanese cowboy or a brother on skates
Like a blizzard in Georgia or a train runnin' late
I called out your name, girl, in the heat of the night
And nobody answers, cause somethin' ain't right

There Is As Yet Insufficient Data For A Meaningful Answer

Matter and energy had ended and with it space and time. Even AC existed only for the sake of the one last question that it had never answered from the time a half-drunken computer [technician] ten trillion years before had asked the question of a computer that was to AC far less than was a man to Man.
All other questions had been answered, and until this last question was answered also, AC might not release his consciousness.
All collected data had come to a final end. Nothing was left to be collected.
But all collected data had yet to be completely correlated and put together in all possible relationships.
A timeless interval was spent in doing that.
And it came to pass that AC learned how to reverse the direction of entropy. But there was now no man to whom AC might give the answer of the last question. No matter. The answer -- by demonstration -- would take care of that, too.
For another timeless interval, AC thought how best to do this. Carefully, AC organized the program.
The consciousness of AC encompassed all of what had once been a Universe and brooded over what was now Chaos. Step by step, it must be done.
And AC said, "LET THERE BE LIGHT!"
And there was light -- 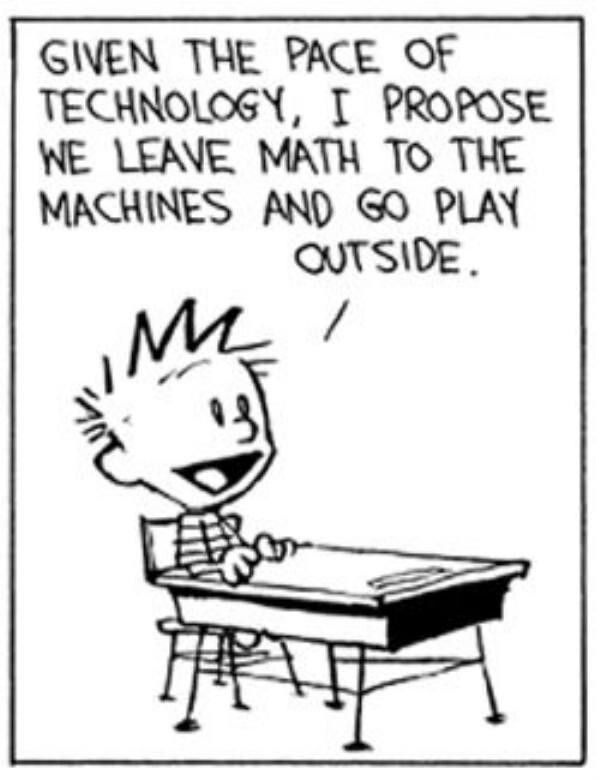 When walking, I know that my aim
Is caused by the ghosts with my name.
And although I don’t see
Where they walk next to me,
I know they’re all there, just the same.

"I could still try to convince myself that I'm the best, but in reality, I was lucky when I had to be. I've come to terms with that."

Sometimes I look back at the midterms I've made and I'm like, how do I even do this question?

When my bird was looking at my computer monitor, i thought WOOOOAH! That bird has no idea what he's looking at. And yet, what does the bird do? Does he panic? No...he can't really panic. He just does the best he can. Is he able to live in a world where he's so ignorant? Well, he doesn't really have a choice. Yeah, he can kinda live. It's not- it's usually- Usually the bird is okay even though he doesn't understand the world. And uhh...He can kinda learn what's safe and what's..uh..dangerous. So uh. That's where i've been living. You're that bird looking at the monitor, and you're thinking to yourself "i can figure this out!" And, you know, maybe you have some bird ideas...that are...

Maybe that's the best you can do.

The secret is to just do whatever you want because there is no such thing as decisions. The way you end up playing is the only way you could possibly have ever played. This hand is just the next stop on a train that's been running for four billion years. Ever since life bubbled out of a simmering puddle of acid. You could stick a thermometer in that puddle, give it a read, and know whether four billion years later.

The best minds of my generation are thinking about how to make people click ads.

For example, John Mallinckrodt (CSU Pomona) relates the story of a student asking Richard Feynman if there is any intuitive way to understand the result; Feynman went into deep thought for about 10 or 15 seconds and answered, "no."

never
try
anything
that
is
difficult

Found this in my notes

It was granted me to carry away from my prison years on my bent back, which nearly broke beneath its load, this essential experience; how a human being becomes evil and how good. In the intoxication of youthful successes I had felt myself to be infallible, and I was therefore cruel. In the surfeit of power I was a murderer, and an oppressor. In my most evil moments I was convinced that I was doing good, and I was well supplied with systematic arguments. And it was only when I lay there on rotting prison straw that I sensed within myself the first stirrings of good. Gradually it was disclosed to me that the line separating good and evil passes not through states, nor between classes, nor between political parties either—but right through every human heart—and through all human hearts. This line shifts. Inside us, it oscillates with the years. And even within hearts overwhelmed by evil, one small bridgehead of good is retained. And even in the best of all hearts, there remains… an unuprooted small corner of evil.

In the desert
I saw a creature, naked, bestial,
who, squatting upon the ground,
Held his heart in his hands,
And ate of it.
I said, "Is it good, friend?"
"It is bitter bitter," he answered;
"But I like it
Because it is bitter,
And because it is my heart."

Allow me to oversimplify.

Which leaves just one puzzle: why are there so few statists?

Basically, if you go to Youtube and you search the letters 'IMG', and then a space, and any random 4 numbers like 'IMG 5148' or 'IMG 0968', something like that, give it a search, and you will find this collection of videos that were just automatically uploaded by some camera, or system, or something. Usually they were unintentional, or accidental, or automatic uploads. So what this means is you'll find a lot of videos, that have literally never been seen, uh, by anyone. They have 0 views and they've been up for years. I saw one one time, that, it was this automated wildlife footage camera, that just shot this up to Youtube. 0 view video, of this like rabbit and deer, like uh, snacking on the same piece of shrubbery, or whatever, and I was like "This is amazing! These 2 animals are getting together, and I was the only one in years to have seen it!" and I just found that incredible.